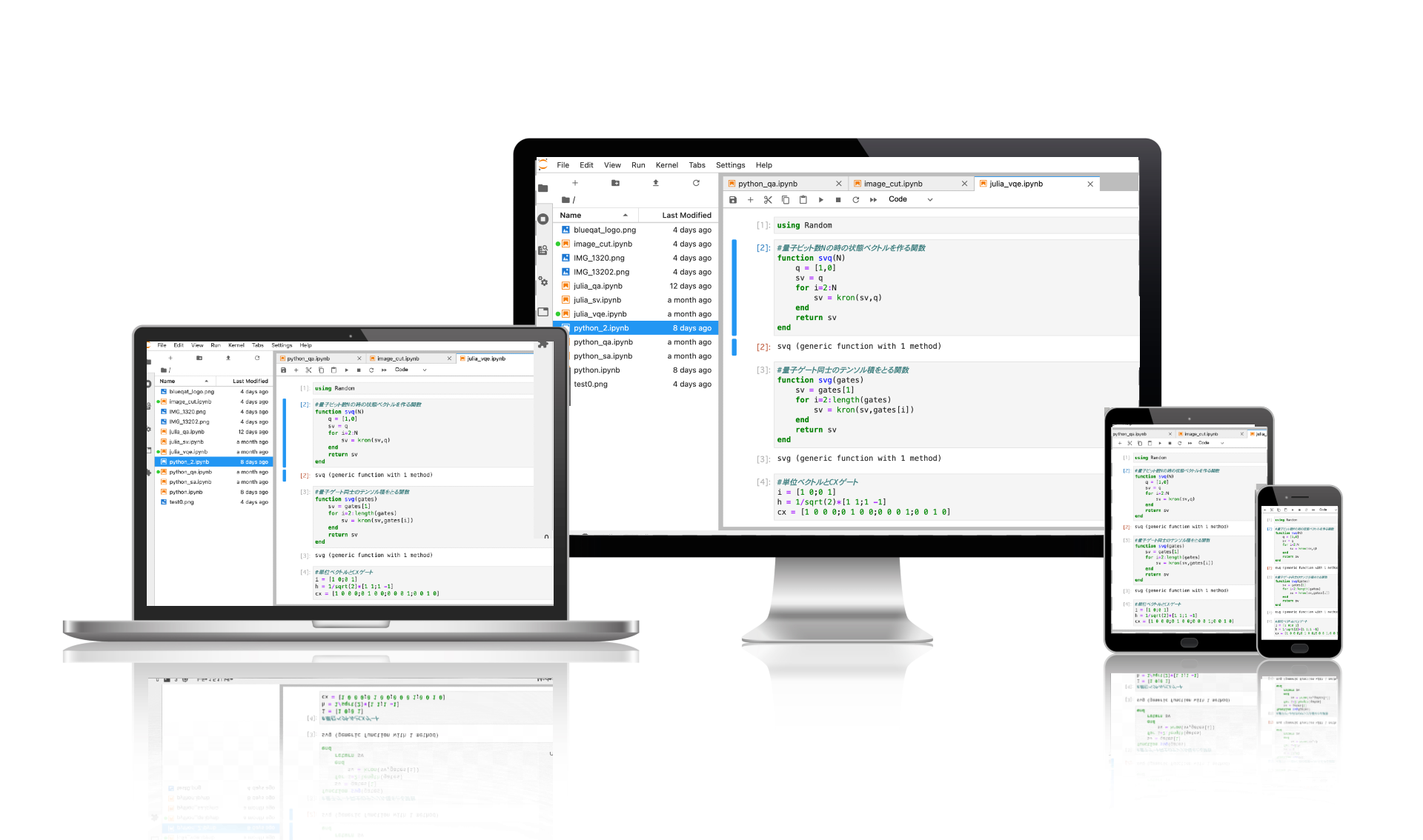 Everything about quantum computing is here.

Take advantage of our full stack, from applications to hardware, to accelerate your quantum computer application development. We also support new business development for hardware development.

Quantum computers are generally provided via the Internet, since they are often located in places where the environment is still stable and are difficult to obtain. blueqat provides a cloud environment that can be used by logging in from a browser on your PC. The blueqat cloud environment can be used by logging in from your PC browser, making it easy for you to start developing quantum computer applications. There are free plans and paid plans for companies.

blueqat utilizes a variety of existing machines for large-scale simulations and hybrid systems. If you need a high-performance HPC for exploring future applications or hybrid use of quantum computers, please contact us. We provide installation support and offer We use GPU quantum circuit simulators such as cuQuantum, a GPU quantum circuit simulator running around NVIDIA's DGX solution, which we have mainly employed.

In cooperation with the U.S.-based Quantum Computing Report, blueqat provides the latest global quantum computing news and a quantum computing database for companies and individuals. You can understand the state of the world's quantum computers simply by subscribing to Japanese articles translated almost exclusively from the U.S. and in real time. Paid plans also include access to monthly summary reports and databases. 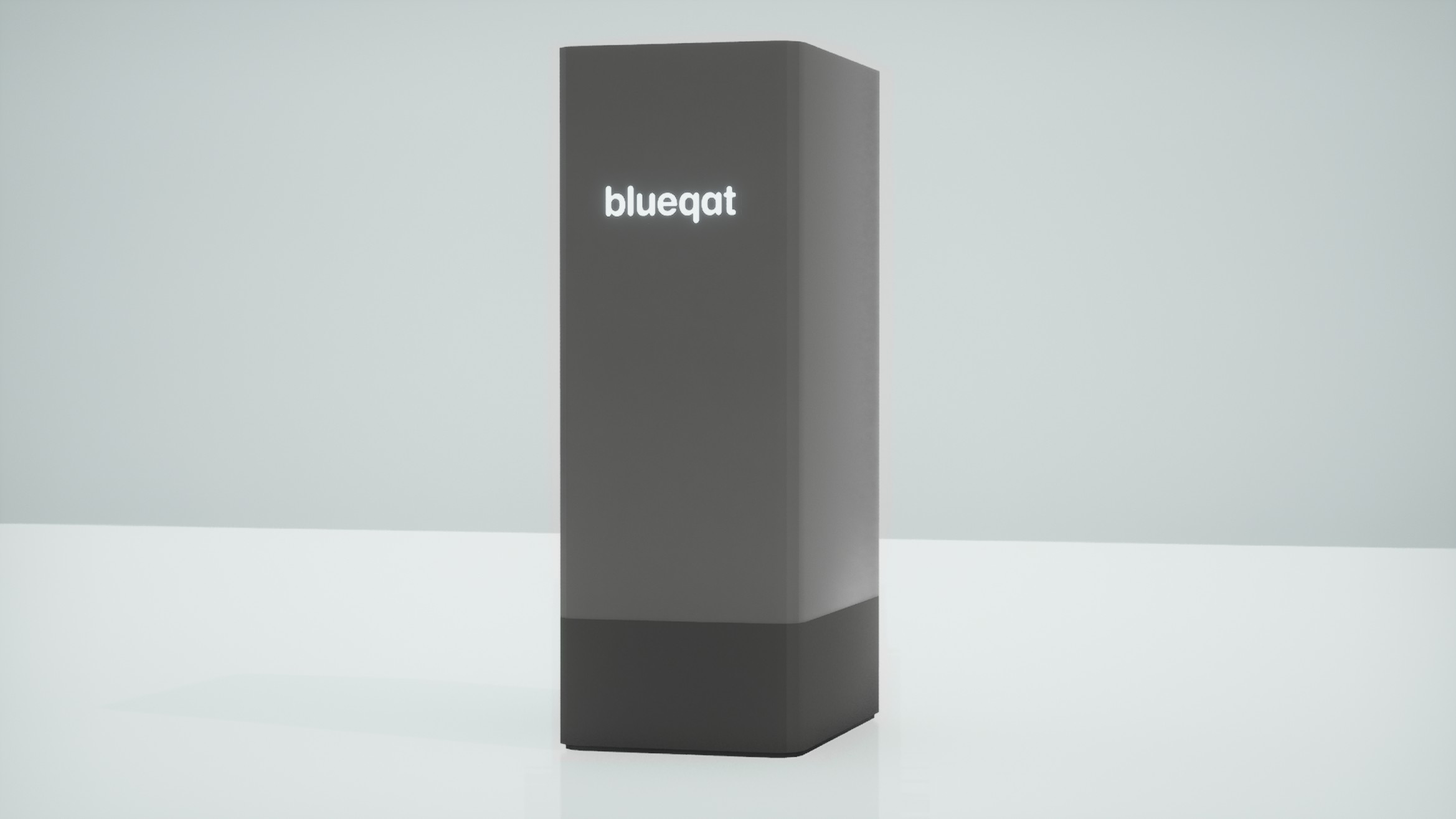 blueqat is developing hardware for a new next-generation quantum computer. Silicon quantum computers are a method that requires less power for cooling than conventional quantum computers and is said to have advantages in integration using state-of-the-art commercial processes. We are developing this development together with many supply chain companies. Inquiries can be made through blueqat or SEMI Japan, the semiconductor industry association. Interested companies are welcome to participate.

Operation of the University of Tokyo Endowed Chair in Quantum Software

blueqat is participating in the consortium as a promoter and operating the University of Tokyo's Endowed Chair in Quantum Software, which aims to promote the use of quantum computers in society. We are aiming for social implementation and human resource development in companies, focusing mainly on applications such as machine learning, regardless of the machine used. We are also looking for additional participants, so please join us.

Endowed Chair in Quantum Software, The University of Tokyo

Based on regular meetings, surveys, and reports, we will deepen your understanding of quantum computers, incorporating news as well.

Regular study sessions to deepen understanding of quantum computers based on the curriculum.

We will create quantum computer applications such as quantum annealing, optical quantum computation, quantum gates, etc. according to your budget.